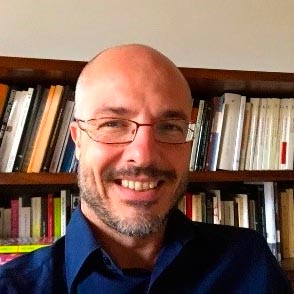 Dani de Torres is an expert of the Council of Europe in the Intercultural Cities programme and director of the RECI.

He is the promoter and director of Antirumours Global, which seeks the deepening and international expansion of the antirumours strategy. During the last years he has been in more than 20 countries giving lectures, workshops and involved in various projects on interculturalism and diversity management, political leadership and creativity applied to social change based on the experience of the Antirumours Strategy. During the 2007-2011 period, he was the Commissioner of Immigration and Intercultural Dialogue of the city of Barcelona. Previously he was advisor in the cabinet of the Mayor of Barcelona in innovative policies of social inclusion and the Department of Education, Culture and Social Welfare.

He is currently professor at the Master’s Degree in Migration Studies at Pompeu Fabra University and has been invited to give lectures on diversity at various universities (UNAM in Mexico, Meiji in Tokyo or ESADE in Barcelona).

He has a Bachelor in Economics from the University of Barcelona and postgraduate studies in Intercultural Education and international and European studies.